New use for an old confectionery factory

The first electric light in Moscow shone in 1884 in a confectionery and perfume factory. The Frenchman Adolf Sioux had opened the factory in 1855. He and his successor successfully managed the business until the company was bought by Kraft Foods in 2009 and production was relocated. in several phases, the area has been converted to its new purpose in recent years. The development was completed in 2015 – the Bolshevik factory is now an ultra-modern and multifunctional business centre.

The location of the Bolshevik is perfect: central to the impressive four-lane Leningrad Allee, the business centre is right at the bustling heart of the Russian capital. Over 80,000 square metres of office space in different styles are available. The atrium is designed as a space where people can meet and spend time with each other. Kampmann PowerKon + F units are installed here.

PowerKon +F is a free-standing convector optimised for low-temperature operation. The compact unit sits unobtrusively under the window of the Bolshevik. The attractive design of the convector is further enhanced in the former factory by its customised stainless steel design.

Thanks to its low water content, the unit responds quickly and permits rapid warm-up. PowerKon +F is supplied ready-to-install; its heat output has been tested in accordance with DIN EN 442. 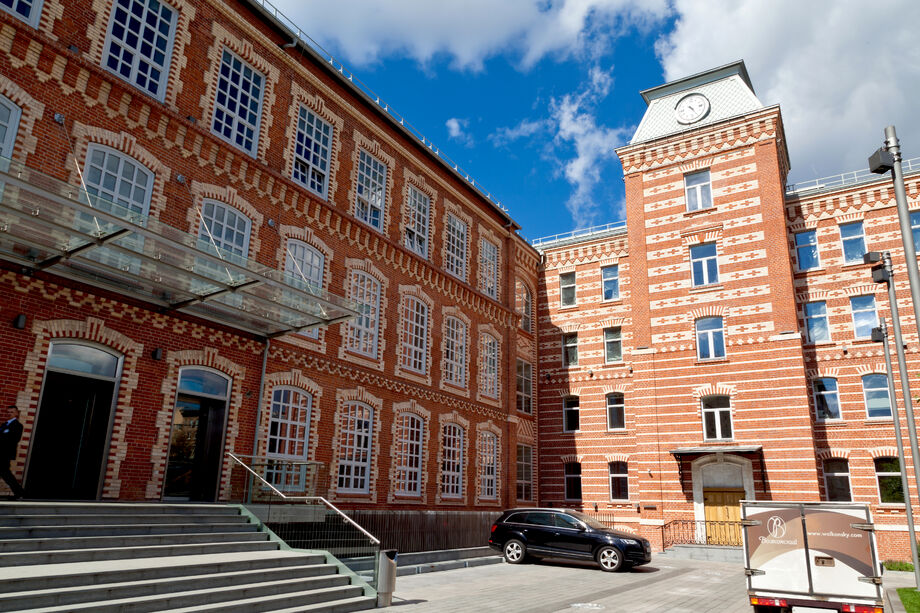 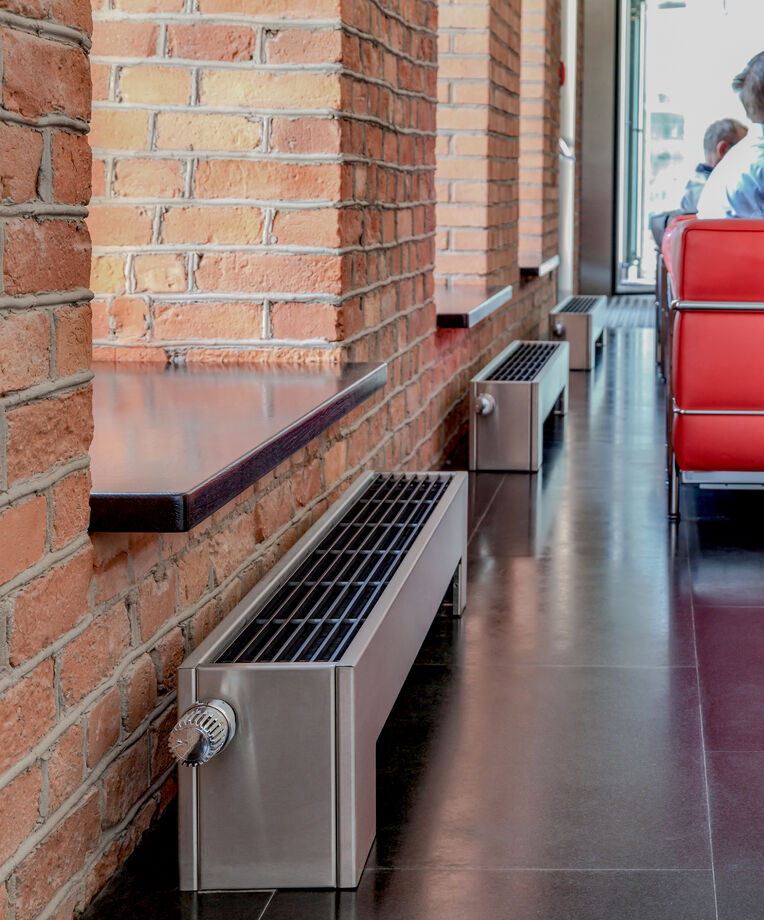 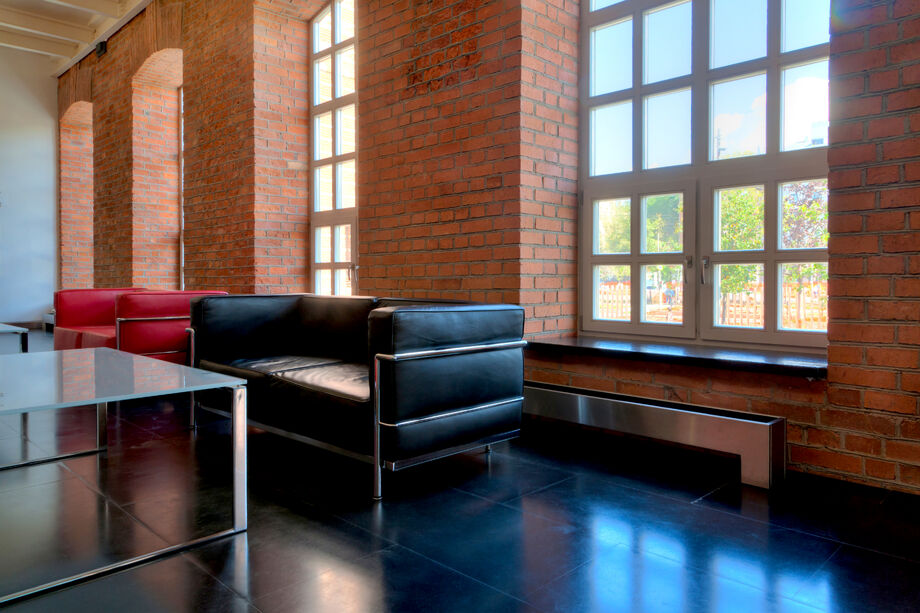 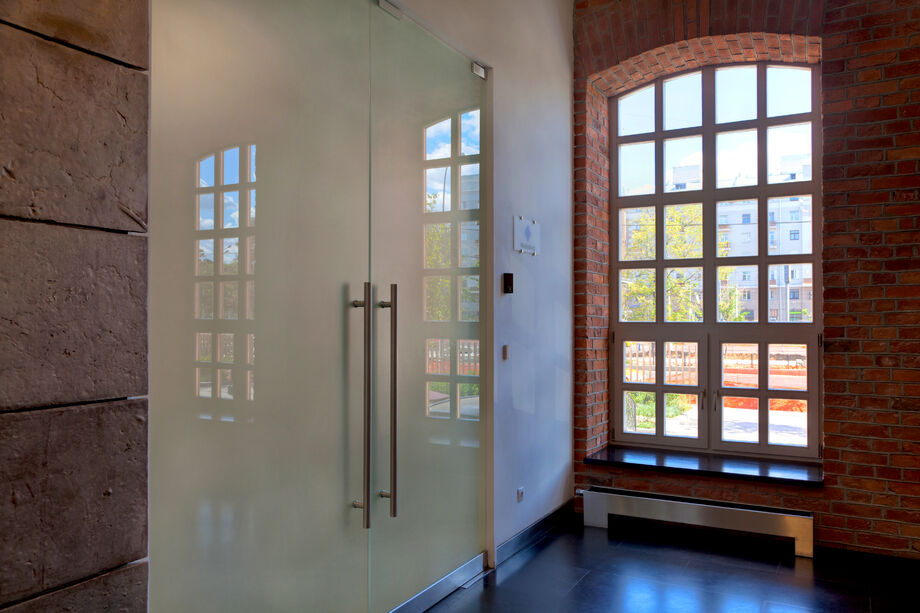 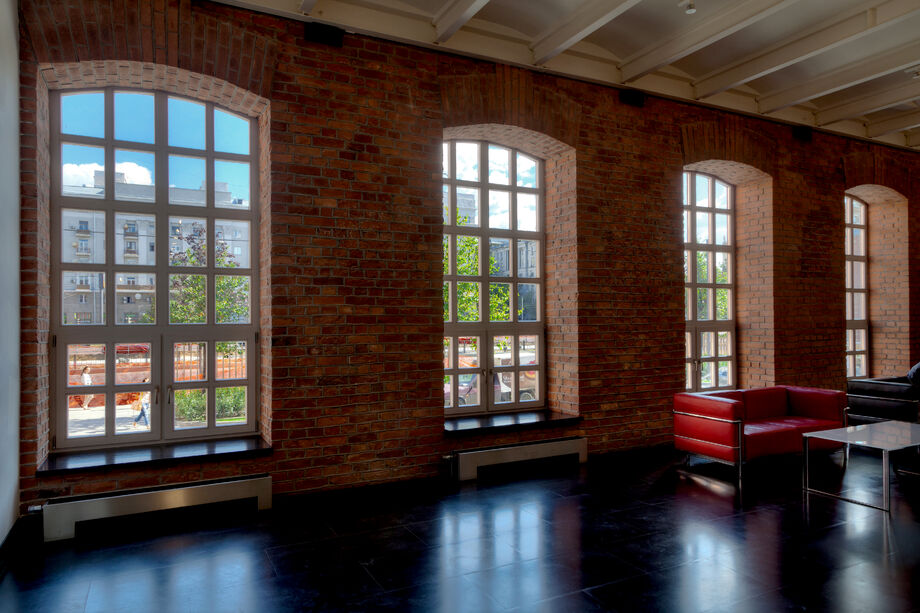 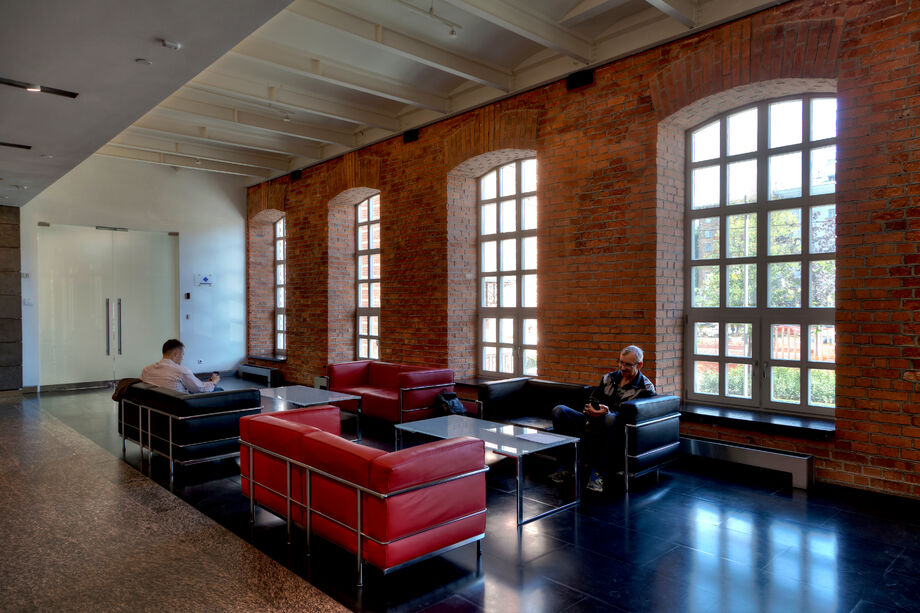 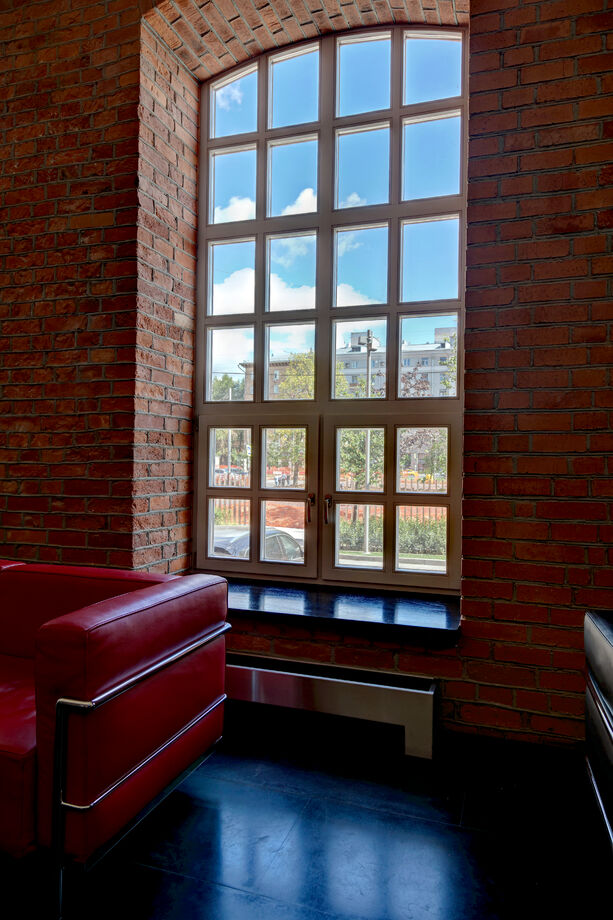 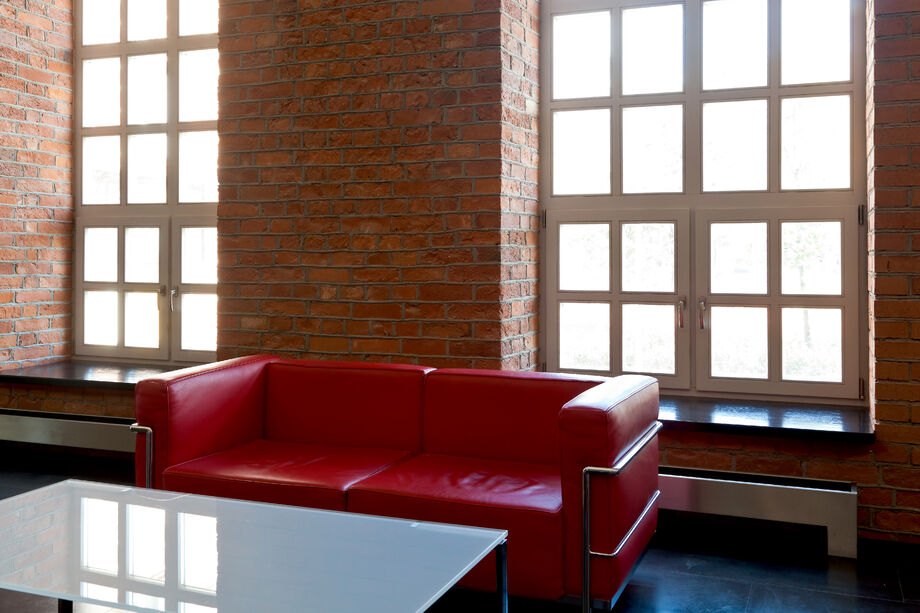 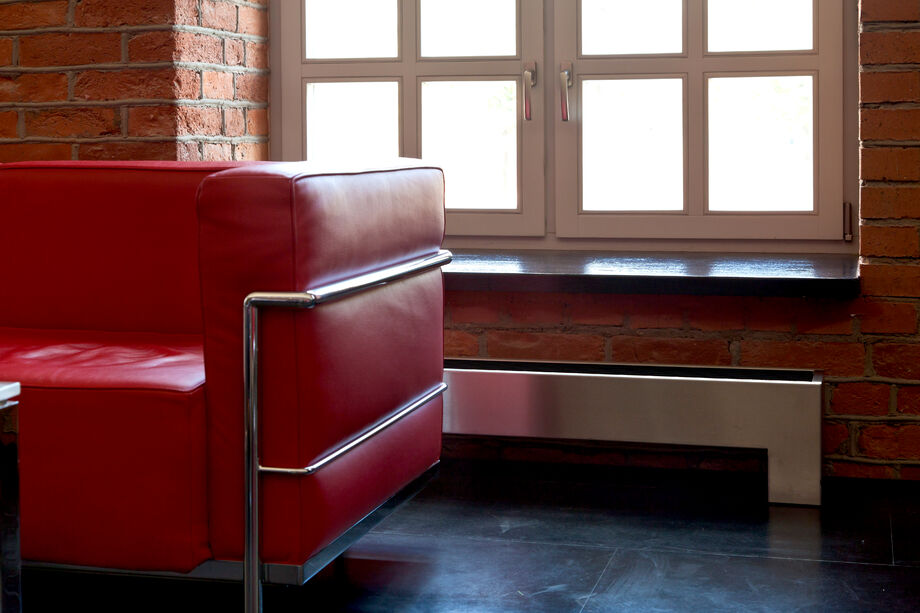 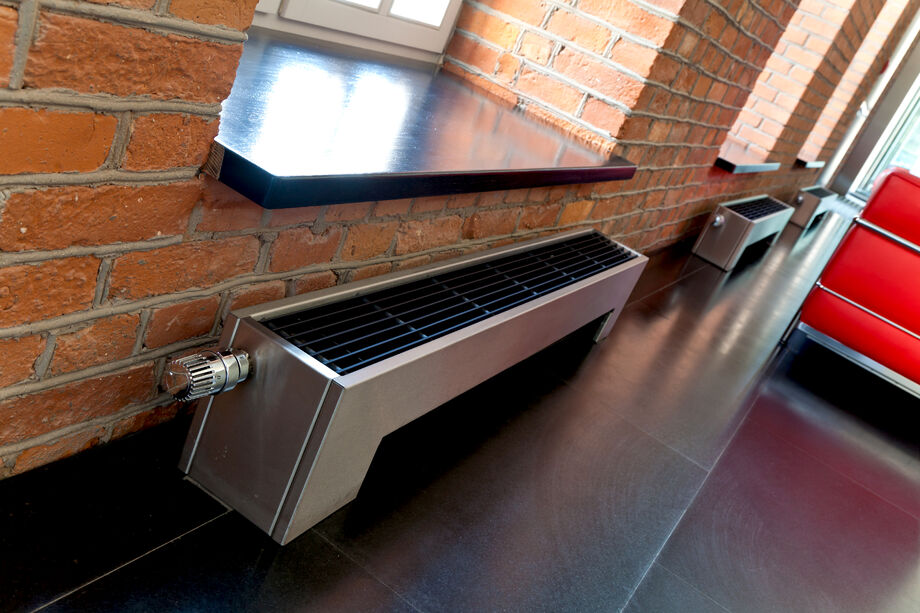 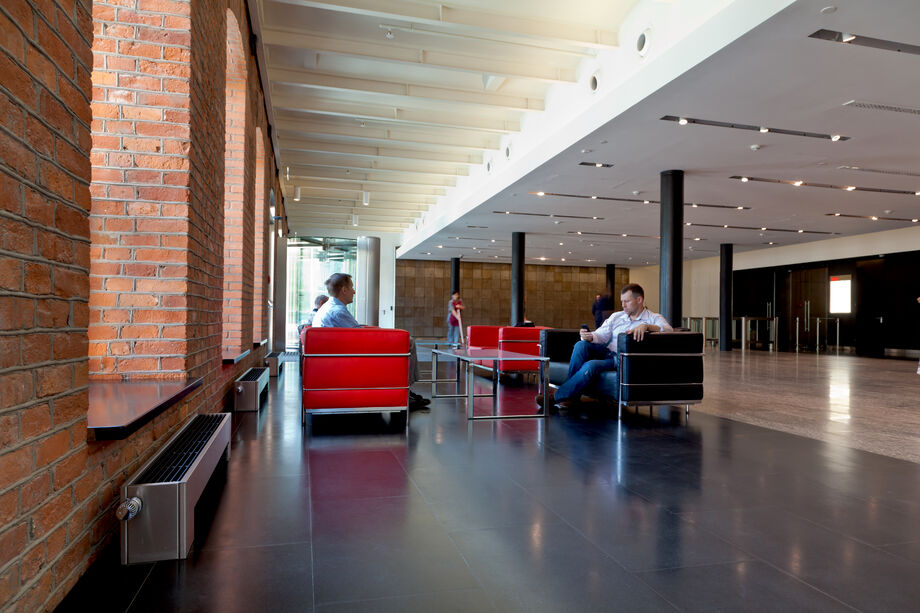 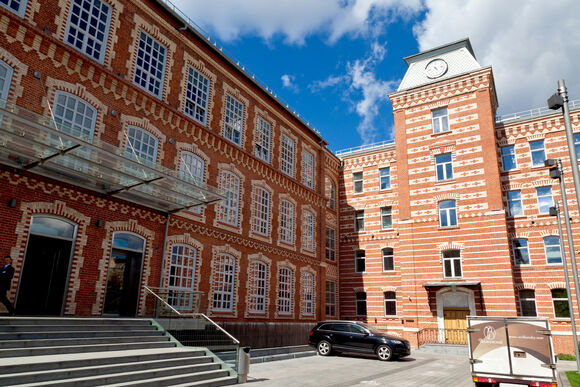 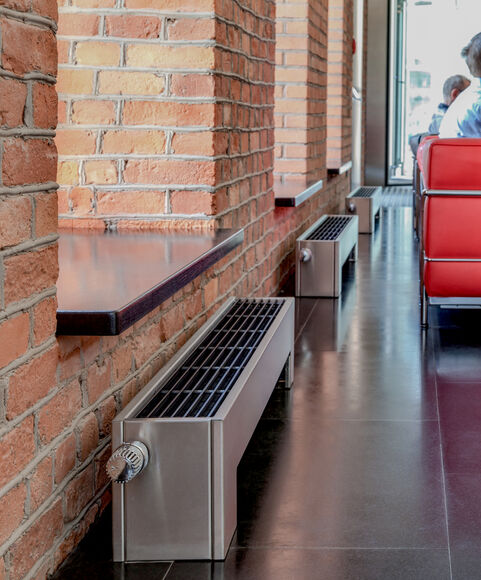 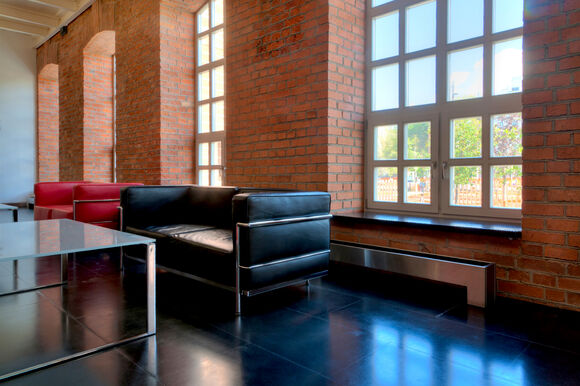 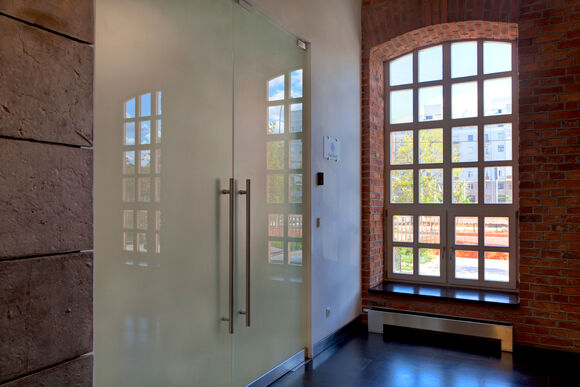 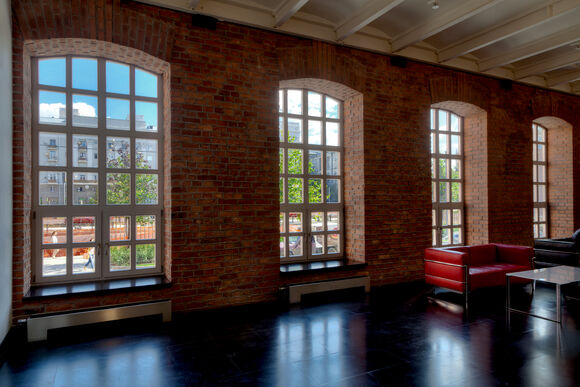 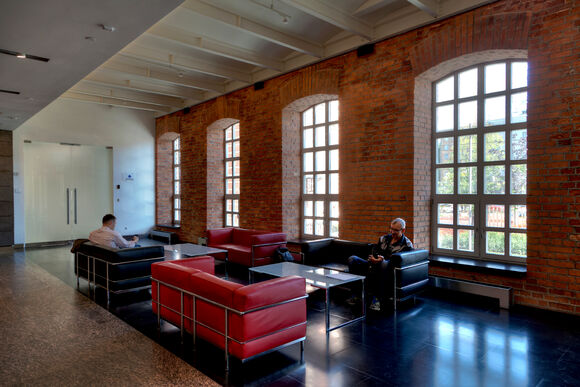 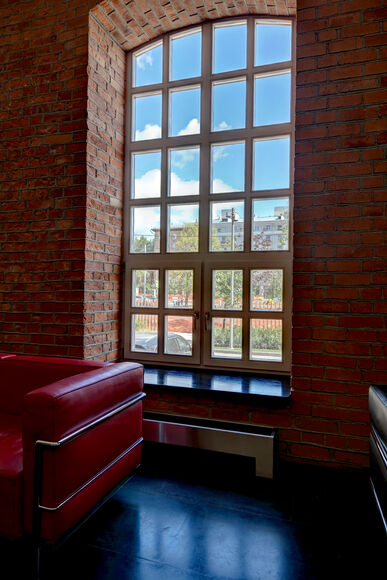 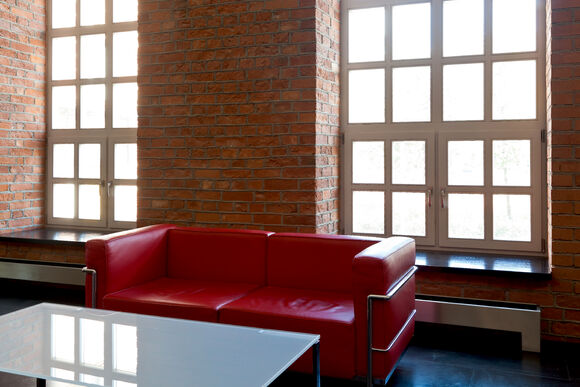 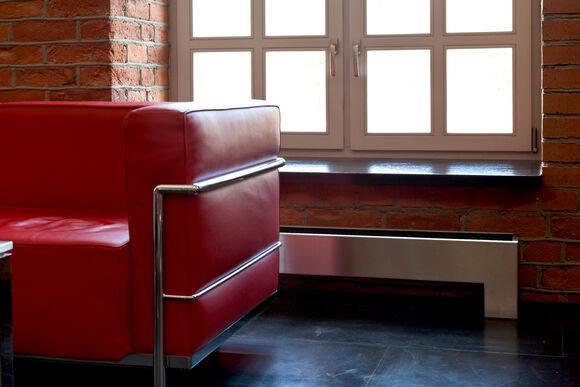 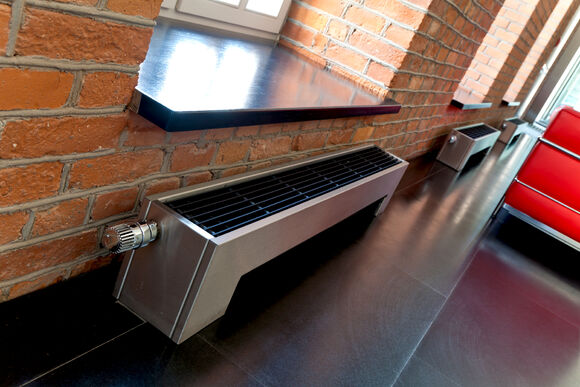 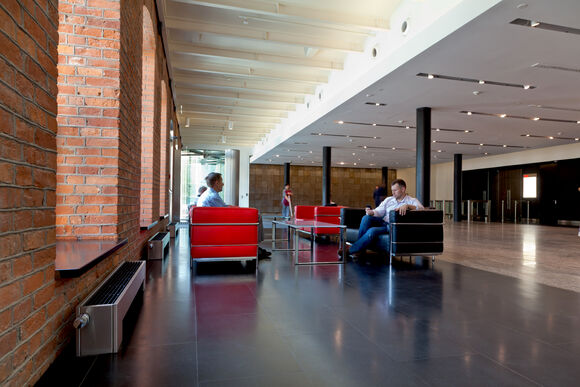 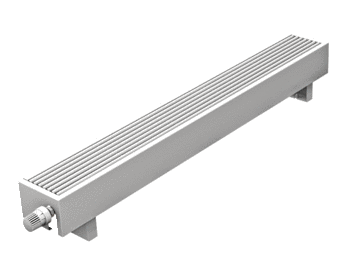 Free-standing convector for use with low water temperatures.